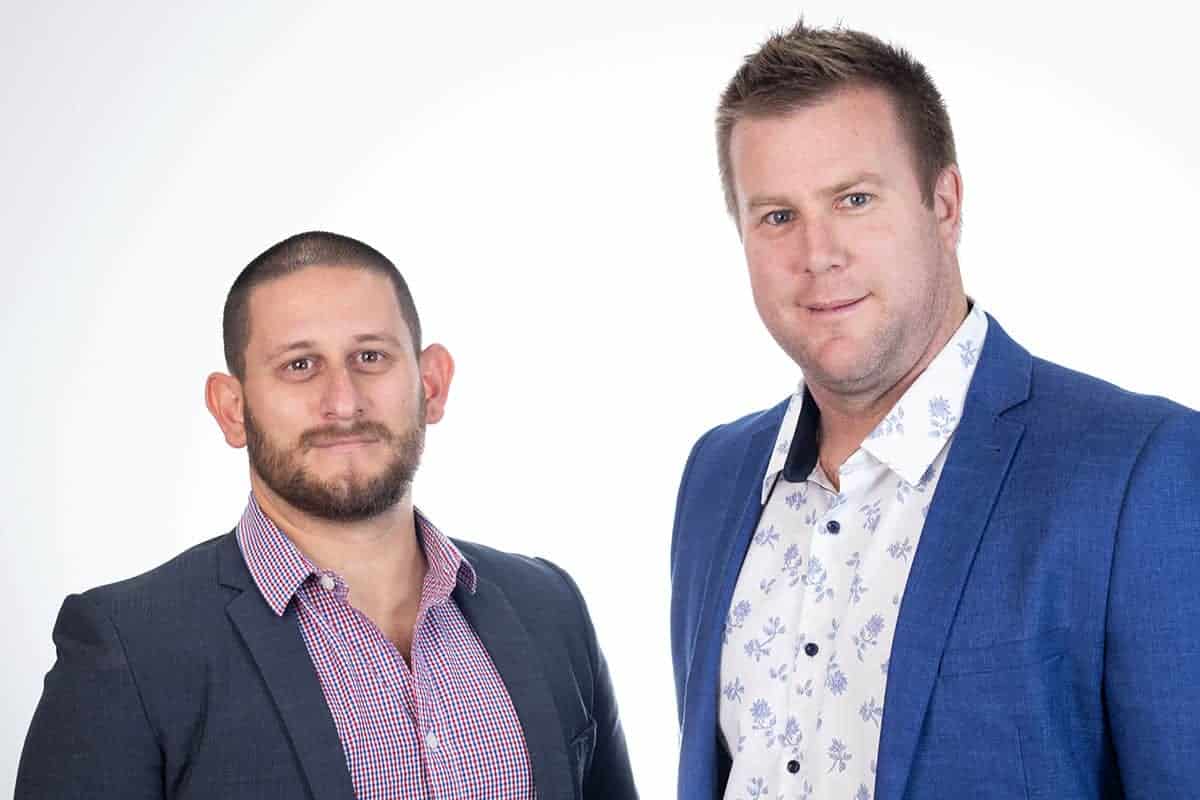 20 years at the helm, Theodore Vairaktaris is passing on the title of the Chief Executive Officer. Still an integral part of the business as Director, Theodore see this as an opportunity for a new change and stronger business opportunities.

Usher Group’s 20th birthday celebrations kicked off with a bang at the inaugural Vision Launch, an evening of laughs, drinks and big, big changes presenting the future vision of the business and how each valued team member will be involved in this.

The biggest news of the night? Theodore announced he will be taking a step back as Chief Executive Officer, passing the torch to previous General Manager, Stuart Ryan, an unprecedented change for the business that, before now, has only ever had one CEO.

Likewise, Shane Spano begins his new journey as Chief Operating Officer, a manageable jump from his previous role as National Operations Manager, but with all new challenges.

Stuart’s journey with the Usher Group started with a job advertisement for Project Manager in 2009.

“I had an interview and started immediately,” Stuart said.

He worked his way up to General Manager, the multitasking king who keeps everything on track.

Stuart has spent over a decade developing and running the business, from managing budgets and training heads of departments to developing strategic plans and creating policies.

“In that role, I learnt that relationships are key, and your people are nothing without them,” Stuart said.

Over the last decade of service, Stuart has grown with the company to without a doubt help make Usher Group the success it is today, making him the perfect candidate for the role of CEO, according to founder and owner, Theodore Vairaktaris.

“I’m humbled to be given the opportunity,” Stuart says.

This powerhouse has only every worked for two people in his entire life – his father and Theodore.

Now, he’s proud to be leading the company of one of his few employers, who he has a “strong” relationship with.

He has some big shoes to fill, but Theodore says it was natural progression.

“As we formalised the new board structure, it made perfect sense that Stuart grew to the CEO and Shane grew to the COO.

“As much as I want to hold on to every little bit, I needed to let it go for the next episode,” Theodore said.

While Stuart’s vision for the future of the Usher Group looks very similar to that of previous CEO, Theodore Vairaktaris’, Stuart says he’s got unique plans and goals in mind to be executed over the next few years.

“As subcontractors, we’re led by the industry, but we’re innovating every day,” he said.

Shane Spano has been with Usher Group for 17 years, jumping on board just three years after the business’s inception, having had only one other job beforehand.

He moved out of home at a young age, working a tireless 40 hours a week in retail to support himself during high school.

He started his career with Usher Group at age 16, just an apprentice painter with a brush and big dreams.

“There were times when I was younger and I made mistakes, Theodore even fired me at one point,” Shane divulged, laughing.

“But I’m so grateful for the relationship I have developed with Theo over the years – he gave me a chance, and even though we’re family, I still have such a respect for him as my boss.”

After completing his apprenticeship, Shane worked his way up from Site Foreman through to National Operations Manager.

In this role, Shane played the project resourcing master, driving Usher Group’s goals and ambitions and managing resources at every stage of a project, whilst maintaining a focus on providing customers with the best possible solution.

Now, Shane is accelerating his role to Chief Operating Officer, where he will be overseeing these goals on a much larger scale.

On his management style, Shane says his focus is on developing talent.

“We hire the people we want and put them through the training they need to succeed and flourish, it’s that simple,” he said.

And, though Shane is highly motivated to drive Usher Group to be the biggest and best painting company in Australia, most of all, he wants to support his employees in any way that he can.

“The biggest thing is, and what’s most important to me, is trying to make sure our people have a roof over their head.”

“This whole operation is about them, not just the business, but building our peoples’ careers and getting them to where they need to be in life.”

Through apprenticeships and various training programs, including those among Usher’s more admin-based roles, Shane is creating pathways for his employees to flourish within and beyond Usher Group.

It has been an incredible journey for Shane Spano, but one deserving of a leader who not only helps get the most out of Usher Group’s tradespeople and processes but provides their customers with the best solutions.

In Theodore’s words, the Usher Group has undergone a complete structural reset.

“I removed myself, Stuart and Shane from the executive team and put them on a new board structure.

“This gives the rest of the team opportunity to grow and paves the way for more leaders at middle management level to start embarking on a journey to that executive structure,” Theodore said.

The other two people that were part of the executive team, Executive and National Marketing Manager, Robert Loncar, and Group Executive Manager, Nigel McCutcheon, now report directly to the board and are the heads of the Systems and Growth Committees respectively.

These new Committees have also allowed Usher Group’s safety queen, Amanda Pennycook, as well as Chief Financial Officer, Scott Trembath, and National Sales Manager, Mikel Nyholt, to step up and grow as leaders in their own ways.

Amanda’s passion and drive for safe work practices and environments saw her awarded the role of heading up the new Safety Committee.

Mikel will be overseeing the Culture Committee, Scott the Sustainability Committee and the HR Committee will be managed by Watts Next, a strategic HR consultancy allowing Usher Group to unlock growth and performance amongst its teams.

Theodore may be stepping back, but he is still very much involved, and his vision for the future of Usher Group remains as clear and driven as ever.

“We are growing and have been growing at a fast pace for a long time, these changes allow a greater level of intimacy and transparency in our business.

“As we grow, it becomes more difficult for Shane, Stuart and me to be across all areas of business at any one time.

“Having the new executive committee structure and middle management leaders growing into that structure allows more things to be inspected, reviewed and ultimately better decisions to be made,” Theodore said.

Throughout the changes, Theodore is still the Managing Director and owner of Usher Group.

His legacy will forever remain as the sole founder of what is today one of the largest and most recognisable commercial paint operations in Australia.

PrevPreviousSummertime Blues: How to Avoid a Costly Refrigeration Experience this Season
NextInclusivity, Diversity and PRIDE! at UsherNext